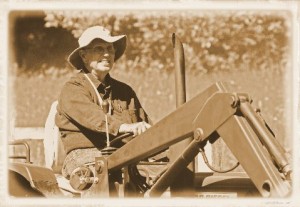 Oldusedbear is indeed old (a little over four score and five), and definitely used.  Relevant mechanical history dates to circa 1939 with the acquisition of our first very own Maytag washing machine engine – – at the (then astounding) cost of 23 cents.  Thus began a rather protracted interest in a variety of different motorized vehicles – – starting with the Maytag powered go-cart.

A few years later, while attending Oregon State University, we got a job there in the Physics Department machine shop – – building a  variety of instruments and repairing optical equipment such as microscopes, binoculars and such.

Upon graduation, we became gainfully employed in the marketing side of the scientific instrument business – – a venture that was to last for the next twentyfive years or so.  In 1962, we moved from Oregon to California where we were to spend the next twenty-plus years.

At some point in the early seventies, the fast lane of electronic-related business, lost its attraction and we chucked it in.  This led to the purchase of an Ace Hardware store which we ran for the next seven years or so.

Upon sale of the store we “retired” into a variety of adventures – – starting with the construction of our home on the Southern Oregon Coast.  We had the house framed and roofed, but then chose to do much of the completion on our own.  Wiring, plumbing, drywall, etc., turned this into a somewhat extended project which was to last about six years.

In the early nineties, we did something a little different.  We purchased a crematory, built a building for it, and operated it for around seven years  before selling it.  We remain to this day, somewhat involved in the funeral business – – having contracted the construction of two local mortuaries.

Our first RV/motorhome, was a 1965 Dodge chassis-mount camper on a one ton chassis.  We’ve since gone through 8 different motorhomes, and a couple of houseboats.  About three vehicles back, we got a 94 Southwind on a P30 chassis – – our introduction to the World of AutoPark.  At that time, there was an almost complete lack of information on these automatically applied parking brake systems.  Initially, we became involved as an act of self defense, but then found there to be an almost overwhelming need for help on the subject of AutoPark.  So what started as modest participation on a few RV forums, has turned into a hobby that consumes about twenty plus hours per week – – The AutoPark Library and shop.